10 shots and drinks you have to try in Spain 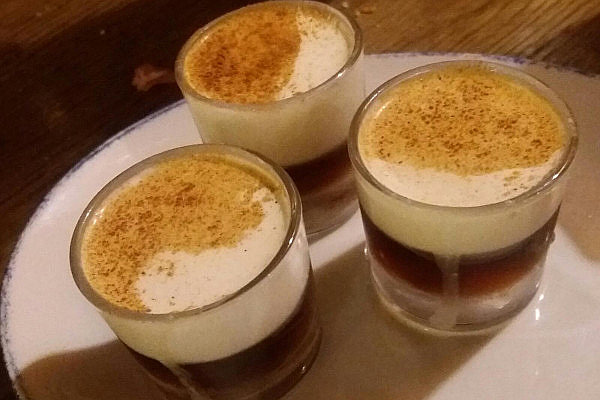 The shots you drank last night is the first thing you remember when you are hangovered with that terrible headache. However, when that friend asked the usual question, “Shots?”, it sounded like a great idea. If the question comes together with psychological sentences like “we are not all together since ages...” or “you never go out with me...”, then chances are high that the round of shot will happen. The bad part is that it was just the first round, then another friend will follow, then another one, and we all know how this ends...

Each person has a different way of facing a round of shots. We have the kind of person that when listening the word “shots” will run away as fast as possible, going to the restroom, going outside to make a call, etc., etc. Other persons won't be so lucky and they won't be able to escape on time, but they won't be willing to drink that shot. These persons will make the gesture of drinking (without drinking) and will leave that shot at the bar or will throw the content to the floor. Others will drink a sip and will leave the rest at the bar saying they cannot do it. Just the brave people will toast and drink the whole shot, bottoms up, some suffering more than others.

The shot drinks will be different depending on the country, the area, and even the group of friends. Yearly, new drinks are born to be used in those special moments when someone gets excited and invite the others, but there are also some drinks which will never stop being classics. We will show next the most popular shots or "chupitos" (in Spanish) being drunk currently in Spain and that you have to try in your next celebration:

Do you miss any shots here? Maybe do you name it in another way? Don´t be shy and share your experiences when you went to Spain and had some fun with shots! ;)