History and recipe of kalimotxo 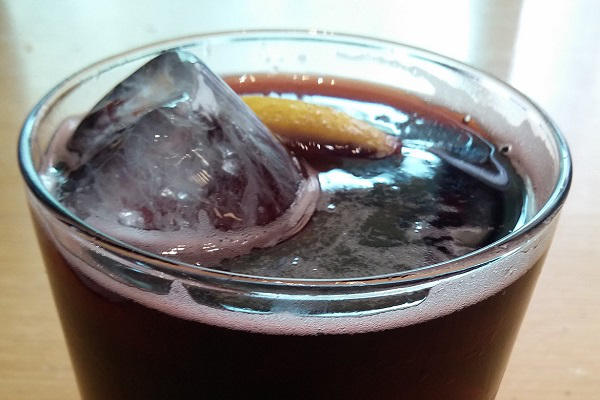 Today we are going to write about kalimotxo or calimocho, a drink whose ingredients are red wine and coke, and it is really popular in Spain. Some days ago, we commented in our social networks that Pepsi "discovered" the "cali-mocho", being advertised as a luxury drink and cocktail in the United States. This made people react in social media, because rediscovering what is perfectly known for lots of people generates controversy.

The kalimotxo's recipe is really simple, consisting of the fifty-fifty mix between red wine and Cola-Cola. One of the things that caught our attention is that it was Pepsi who launched the "discovery" and advertising, when it is well-known that kalimotxo lovers normally use its competitor: Coca-Cola. It is popularly said that kalimotxo is made with bad wine and "good" coke, because it is normally a cheap drink. Some people say that if mixed with good wine the result is not the same, but others defend that mixing with better wine gives a better kalimotxo. It is also true that this mix is some kind of sacrilege for some wine lovers and experts, especially out of Spain. 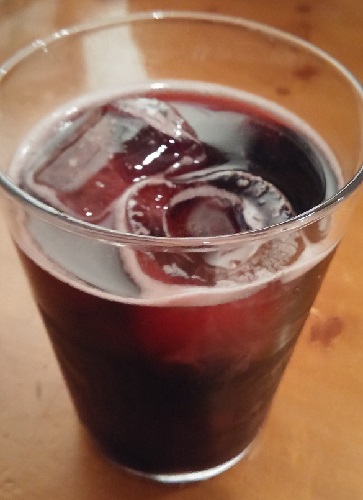 There are different theories about the origin of calimocho or kalimotxo (name used mainly in the Basque Country and Navarre) and a lots of myths too. Pepsi's announcement has made us investigate about this drink and we have discovered things that you probably don't know...

This curious name, kalimotxo, is attributed to the "Antzarrak" group, who invented that name during the celebrations of the Old Port of Algorta in 1972. In charge of organizing the celebrations, they had bought a wine that turned out to be chopped up, and they mixed it up with Coca-Cola so they would not have to throw it away and lose the money invested. However, they recognize that they already knew the mix of wine and cola before they renamed it. This drink existed even before 1970, which was called "rioja libre" (free rioja) or "cuba libre del pobre" (cuba libre for poors). Even in the early years of the 20th century, Italian immigrants were known to mix Coca-Cola with their Chianti wine.

There are two main theories about its name. In one of them, it is said that two members of the "Antzarrak" group were known as "Kalimero" and "Mortxongo", and the day that this anecdote occurred, they arrived late to organize the event, so while other friends were wondering if these two guys would come or not, and how to name the drink on the advertisement, they simply mixed their two names, obtaining "Kali-Motxo". 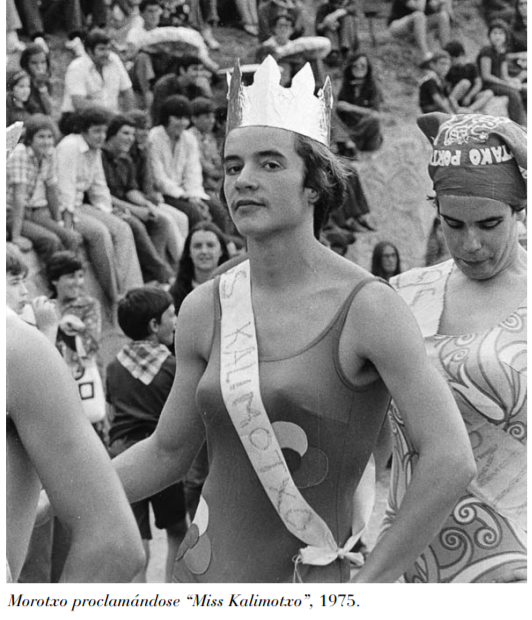 In the second theory, one of the guys we mentioned before, "Kalimero", was a very well known guy in town, and he was not especially graceful. As a joke and mockery, they decided to name the drink as a mixture between the name Kalimero and "Motz", which in Basque (being this term used in Bizkaia) means "ugly".

Another funny fact is that, according to the European Union intellectual property office, the name "kalimotxo" was registered in 1996 by "Intervención Financiera Comercial S.A", absorbed in 2014 by "Norinvest Iberia S.L.", which belongs to "Coca Cola Iberian Partners S.A".

Some other funny fact is that the definition of this drink is collected in the RAE (Spanish Royal Academy), and, in addition, this mix has been marketed by brands like LIDL, American companies, and even Kukuxumuxu drew its own design in 2010 with reference to San Fermín. But kalimotxo is not just the name of a drink, because it was also used in 2016 as the name for a bike model! 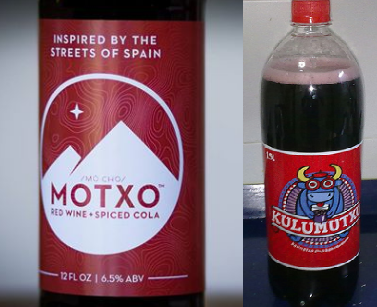 Despite the myths or truths surrounding this famous mix, kalimotxo or calimocho is known in many countries (even with different names). With its advantages and disadvantages as a drink, many people are faithful to it. What do you think about kalimotxo? Have you tried it already?